A Nigerian writer identified as Richard Henshaw has narrated how a 12-year-old was used to defraud a shop owner in Lagos state. 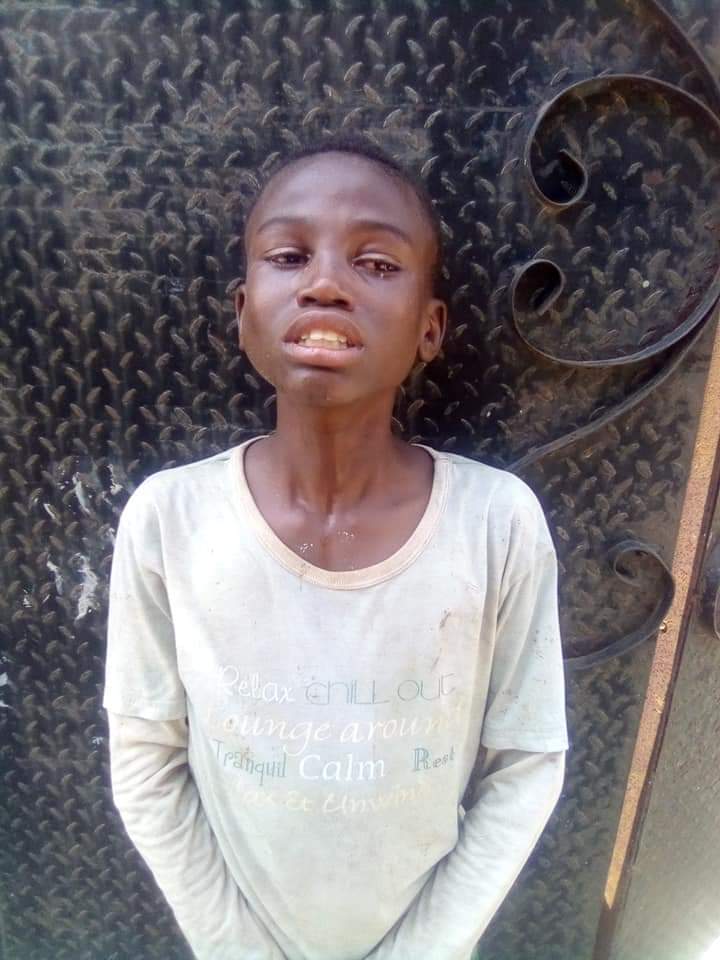 Sharing the photos of the little boy, Richard wrote;

Just about three hours ago, a little boy got into the bleakest nightmare of his life…Twelve years of age.A minor.

Audio: Listen to this beautiful track (Kayode – Pemi Lori Ago)
I heard pandemonium from where I was.

Treated it with reckless abandon from the start.

And I reckoned that something was wrong.

I went out to look.

A crowd had gathered in a shop.

Screams and tears wafting out from the scene.

I walked over there.

And I met this little boy in tears.

Manhandled by the crowd.

I asked what had happened.

The boy who was at the shop narrated.

One boy came to their shop and told him he wanted two bags of rice.

Then he gave him a phone to speak with someone who said she was the boy’s mother.

And the woman said she was sending his money to him immediately, that he should allow her son bring the bags of rice.

Then the bigger boy said that his younger brother would wait behind while he went to bring the money.

He left the little boy behind and went with the two bags of rice on a bike.

The shop boy waited for a prolonged time, then became perturbed.

He then turned to the little boy and asked, “Why is your brother taking so much time na?”

And the little boy replied, “He’s not my brother oo. I don’t know him before. He just met me on the road and brought me here…”

He held the boy.

His voice alerted a crowd.

The crowd descended on the boy.

“You are a little criminal. Where did your friend take the bags of rice to?” They screamed at him.

When I arrived, I dragged the boy aside and had a conversation with him.

And he said, “Oga, I swear I no know that boy. I pick cartons on the streets and sell them, that’s how I take dey get money. So today I been dey street and I was thirsty, so I come see the boy and ask him make him help me with water. The boy promise to give me water, but say make I follow am. He then said that anywhere we go make I dey claim say I be him brother. So we enter bike and he brought me here. He then collect two bags of rice from here and say make I wait behind that him want go bring money come. And na so him go and no come back, and leave me here…”

It was hard to comprehend this.

How someone could see a minor on the street, cajoled him to follow him.

Played on his little senses.

Took him to a shop.

Duped the shop owner of his goods.

Kept the boy behind, and told the shop owner that the boy was his brother.

Then disappeared with the goods.

And left the boy behind to face the consequences.

And put his life in danger.

The shop owner was called on phone to come back.

He ran back to his shop and heard the news.

Felling diatribes on his boy in the shop for falling for such a scam.

And the nameless crowd was struck by anger propaganda.

Eager to descend on the boy.

“What is your name?” I asked the minor.

“Where did that boy see you and bring you here?”

He muttered some gibberish.

“Have you met the boy before?”

“No. But while we were coming here he pointed to one shop and told me that that is his mother’s shop.”

“So can you take us to that shop?”

“Bros, this boy na small criminal. This boy know that boy. They are together.” Some said.

“He was used,” others said. “Maybe he doesn’t know anything about it. Maybe that boy just saw him and decided to use him.”

And in that case it was difficult to know which one was true.

Then a friend brought his vehicle immediately, and both of us alongside the shop owner took the boy away to go and make efforts to find the boy.

Away from the attacks of the angry crowd.

To go to the shop which the minor said the boy had pointed at, and claimed to be his mother’s shop.

And as we set off, we discovered that the little boy had been used.

He had actually been used. You look at this and you wonder, what if that boy had taken this little boy to an environment where he would not be able to come out alive?
What if there were no people to save him?
He could have died in a show of savagery because of two bags of rice.
A scheme from someone he didn’t know.
A claim that so many people didn’t believe anyway.
And in that little boy’s nightmares, I saw the true picture of our society.
In all its irony.
And.
Metaphor.
I saw the mechanical disregard for humanity.
The reckless abandonment of innocence.
Stay woke.
Stay safe even in an insane world.
Lagos! 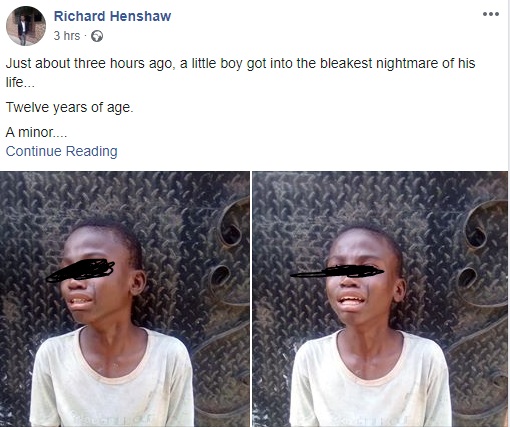