Since exiting the BBNaija house and winning the N60 million worth of cash prize and gifts, Mercy Eke has been sealing deals on deals.

The Pepper Dem Gang winner not only signed a deal with Royal Hairs, she also signed on as the ambassador of Upfront and Personal Global management Consultants.

Recently, she signed another deal with a company and announced the deal on social media. Mercy Eke shared a post on her Instagram where she announced that she is now a brand ambassador of Mapia Tea.

Sharing the good news with her followers, she wrote; 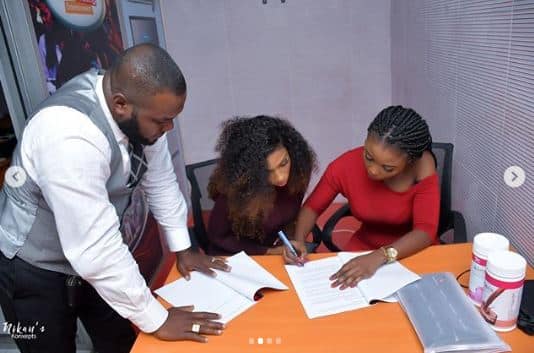