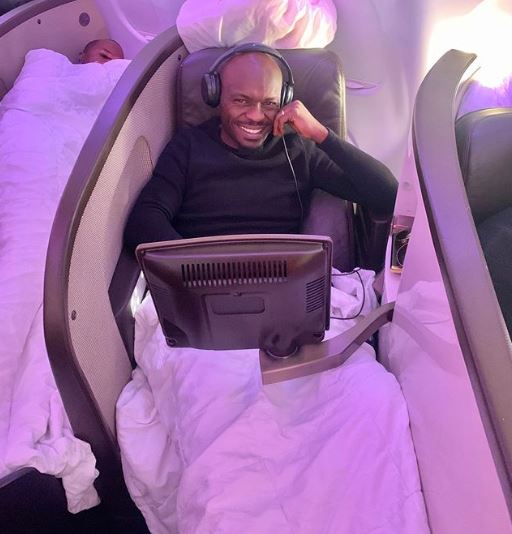 The comedian posted a photo of Ruiz carrying all of Joshua’s belts and named him his champion.

However, a fan took to the comment section of the post to express displeasure and told the comedian to support his own no matter the circumstances.

“Too bad jellof…Support our own ..it’s not a matter of CHOICE ..One day u might be at the top n would u feel cool if Nigerians turn against u dis way in the name of Choice ? Not cool bro”, the fan wrote.

Jollof then responded that not everybody would support him too so his choice should be respected.

He wrote: “@mrpapi333 everybody will not support me either so respect my choice di*ck head.”

See their exchange below; 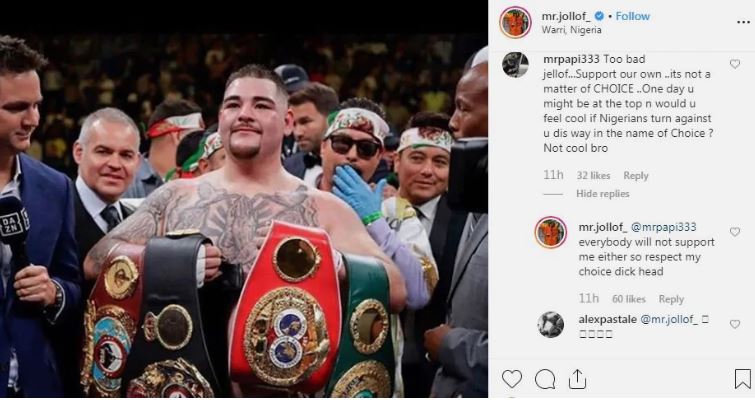