Davido’s fiancee, Chioma has shared first video and photo after welcoming her child in the United Kingdom.

In the photo, the new mom was seen laying on her hospital bed while Davido was seen sleeping beside her. 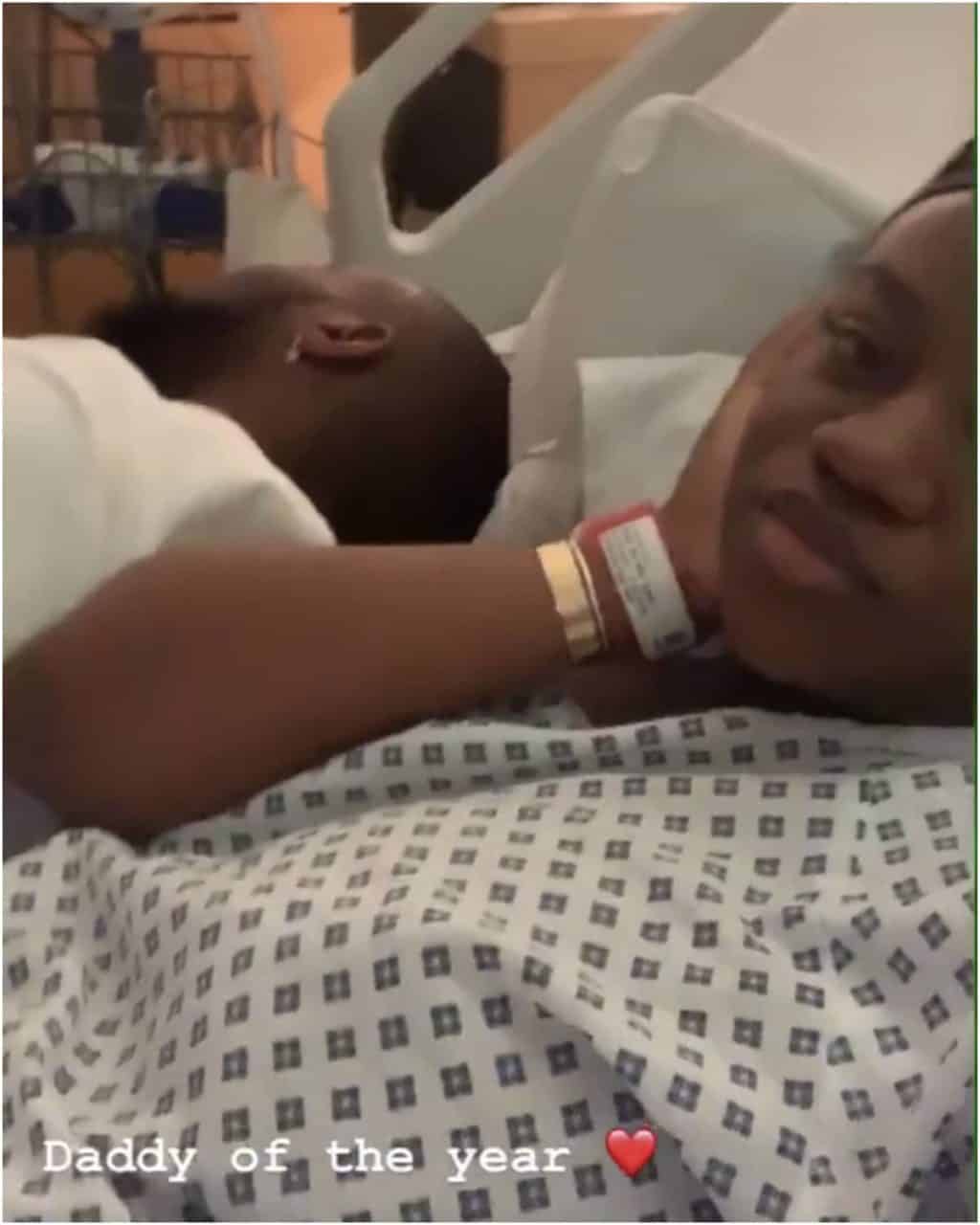 She captioned her photo; “the daddy of the year”. Also in the video posted, should their son moving his hand.

It was gathered that the boy was named after his father, David Adedeji Adeleke Junior. The boy’s Igbo name is Ifeanyi.