John Boyega attended the Star Wars Premiere in London dressed in traditional attire to show off his Nigerian roots but Sugabelly criticized his outfit and he dismissed her with a few words. 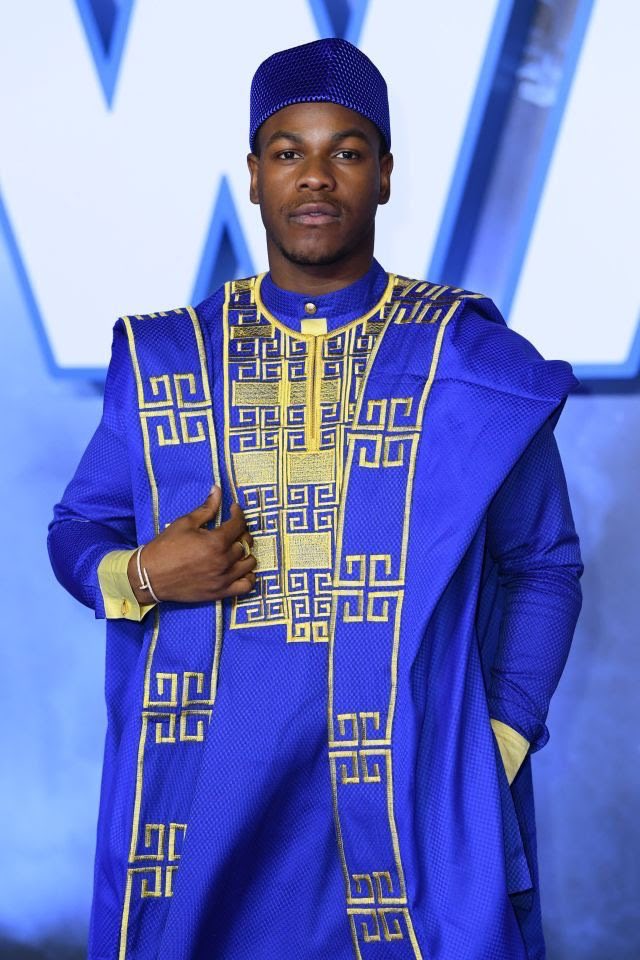 “I don’t understand the choice to wear Hausa clothes instead of Yoruba clothes. Both the hat and the babanriga are Hausa style.”

John Boyega responded: “And so.” 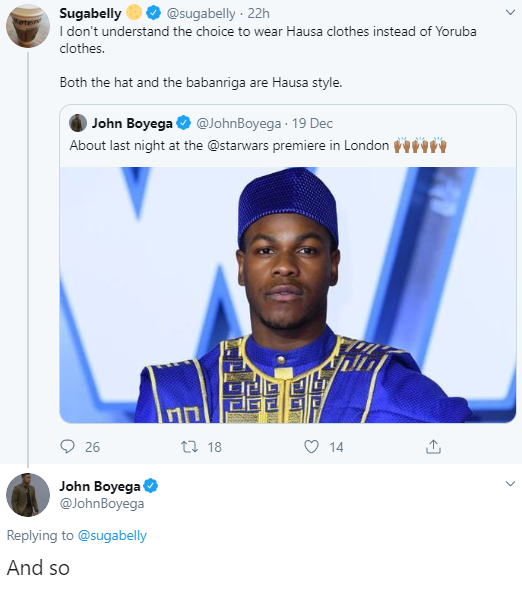