Controversial investigative journalist Kemi Olunloyohas recounted a rare coincidence, as she claims that Ace musician, Davido sexually harassed her the day his son was born. 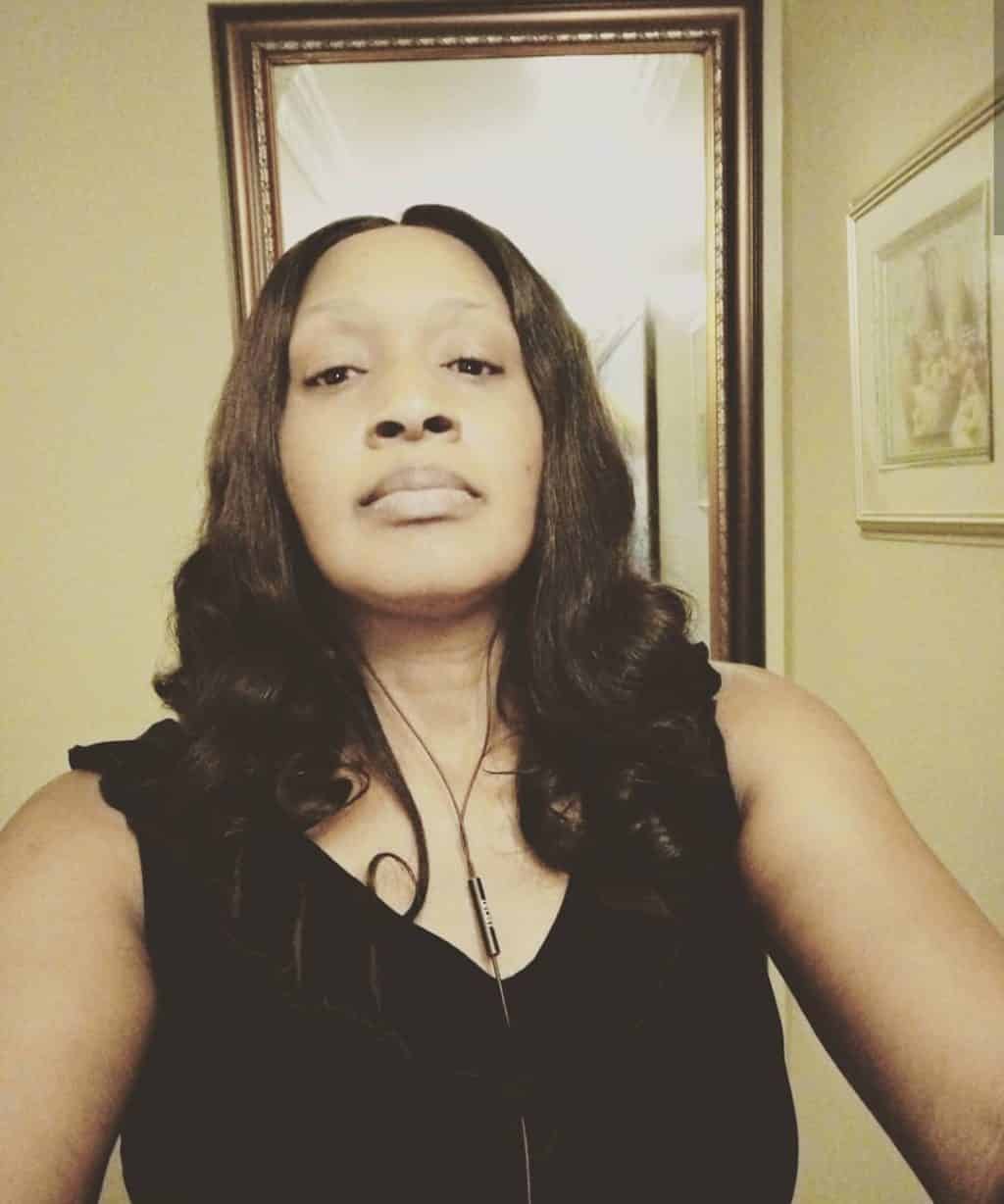 Recall that Davido had announced the birth of his son , David Adedeji Ifeanyi Adeleke Jr in the early hours of Sunday, October 20.

The DMW chief shared the news on his verified Twitter handle, describing his wife-to-be, Chioma Rowland, as “strong.” 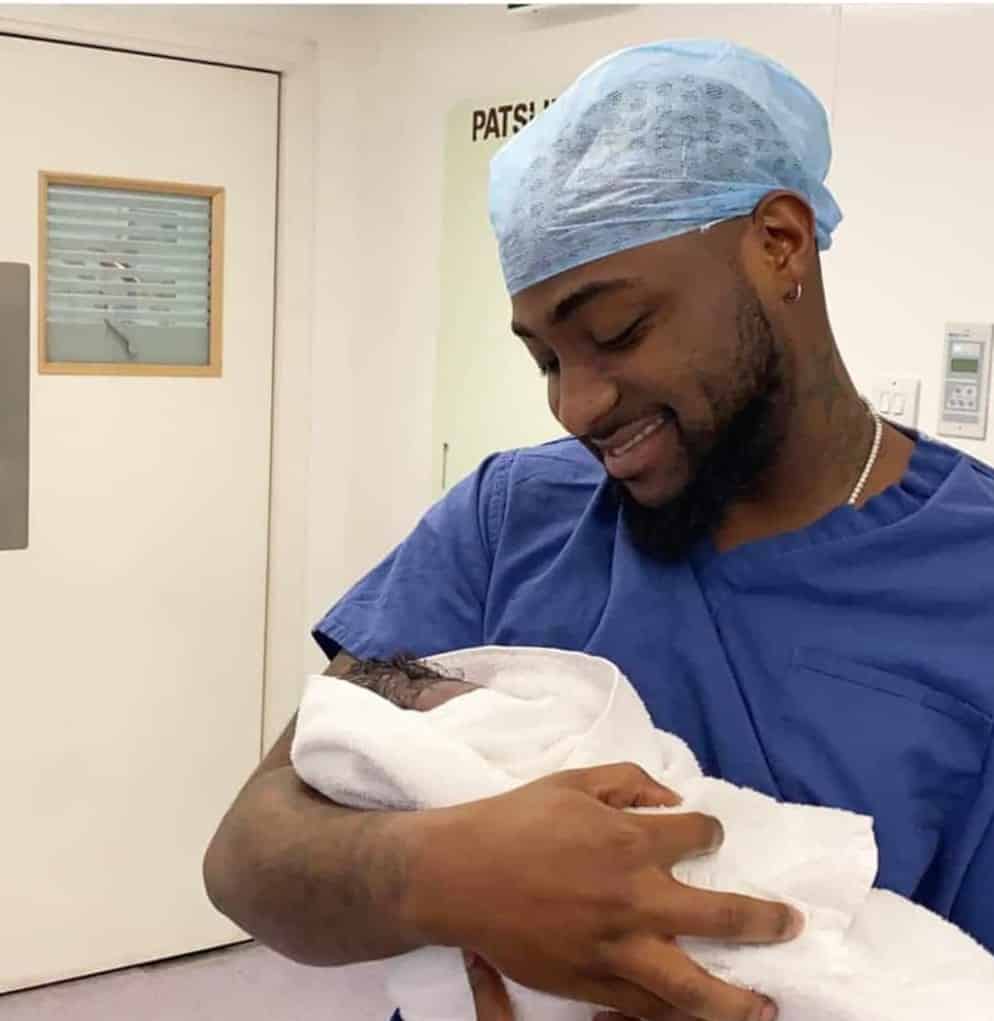 Hours after the announcement, Olunloyo took to her Twitter handle to share screenshots of some tweets, which she captioned “Davido’s son arrived the day he sexually harassed me”

One of the screenshots the journalist shared is that of Davido, who wrote ” Old ass woman needs some… I can tell it’s been a while, you’re quite rusty down there! needs some oiling”. 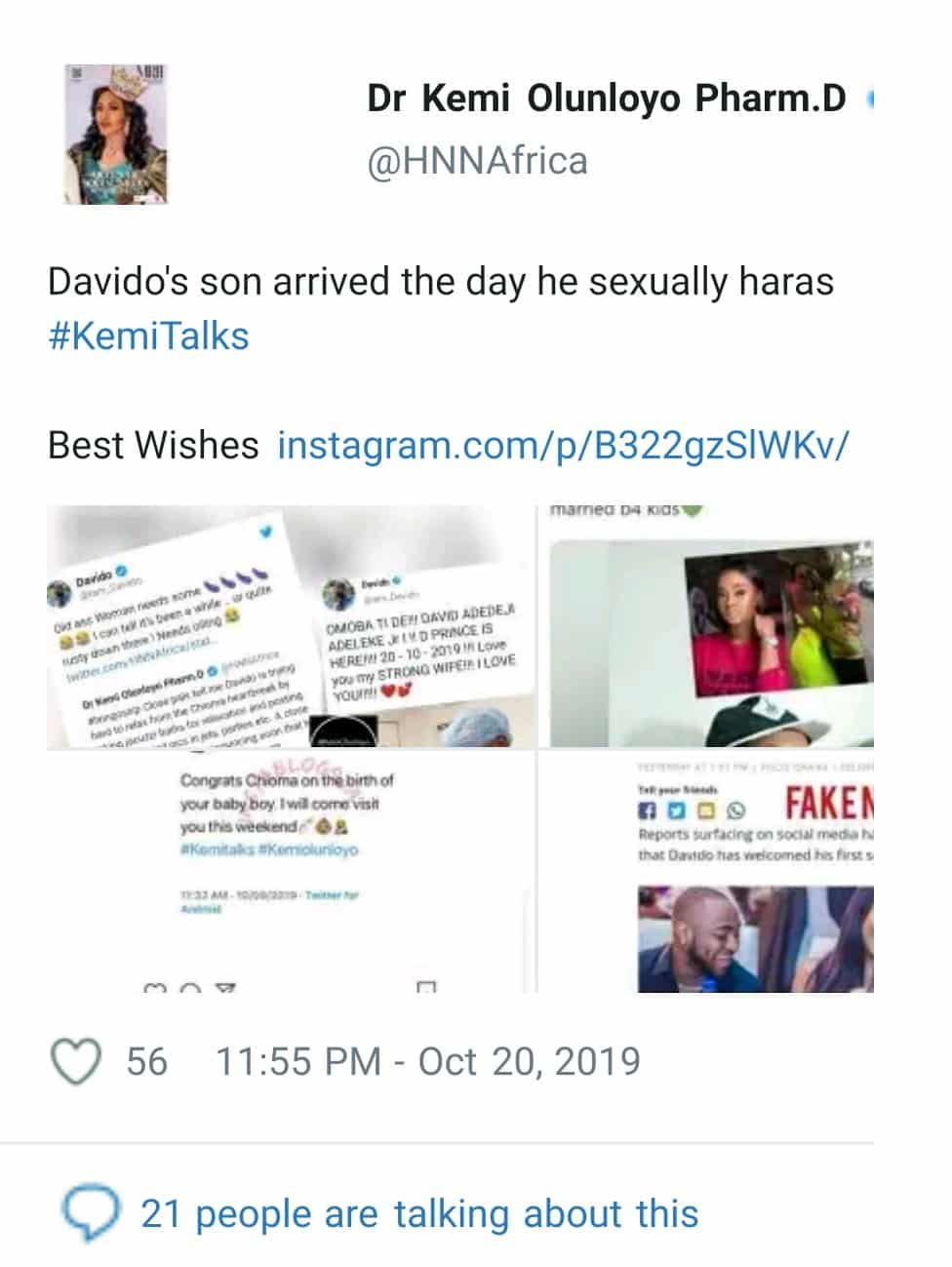